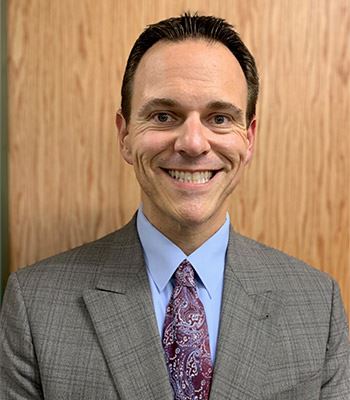 Mr. Stack began his legal career as a solo practitioner, advising businesses and individuals in Park City. He then joined the Salt Lake City Prosecutor's Office, where he was named Trial Attorney of the Year for 2008. By the time he left Salt Lake City, Mr. Stack had personally handled over thirty jury trials. He came to the Summit County Attorney's Office as a prosecutor in March of 2011, and prosecuted a range of felony offenses including homicides and white collar crimes. In October 2020 Mr. Stack joined the Civil Division of the County Attorney’s Office where he now represents the Health Department, Board of Adjustment, and various Special Service Districts.

Mr. Stack attended the University of San Diego where he graduated summa cum laude with his degree in Philosophy, and later earned his law degree. Mr. Stack has presented at the Utah Prosecution Council's Basic Prosecutor Training Course, as well as the Park City Police Department's Citizen's Academy. Since 2011, Mr. Stack has helped grade Bar exams, and in 2015 he was appointed to serve on the Utah Supreme Court's Advisory Committee on the Rules of Criminal Procedure. Mr. Stack is a resident of Heber City, where he served on the Planning Commission from 2015-2019. Mr. Stack is a current member of the Heber City Council.